It has a top prize of £200,000. The player has nine games with four numbers on each game. They have to scratch off the eighteen mystery panels above to reveal the eighteen numbers. They then have to find the numbers on any of the nine game boards. If they find four of the same number in a game, they get the prize that's attached to the game board.

But, that's not all.

There is a 'Multiplier' box with each game, so the prize could be multiplied depending on what the multiplier number is!

Here's my card before I played. 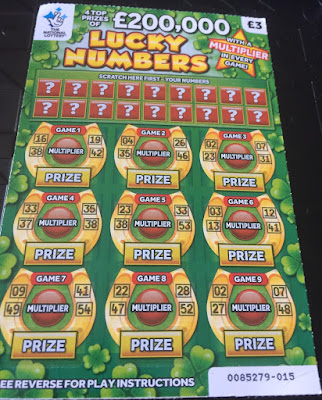 Here it is after I played. 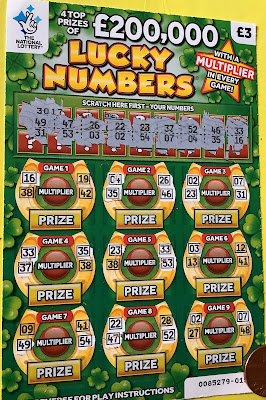 If you look closely, you'll see that I won on games 2 and 3.

I then had to scratch off the 'Prize' and 'Multiplier' panels to see what I had won. Here's how that part went down: 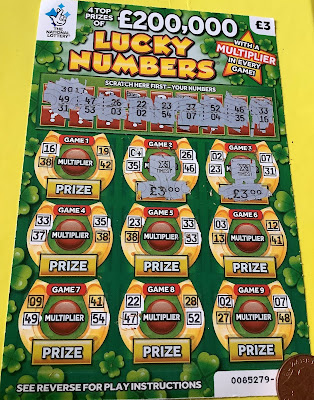 I found £3 under both games. The 'Multiplier' panels both had 'X1' so my prizes stayed the same.