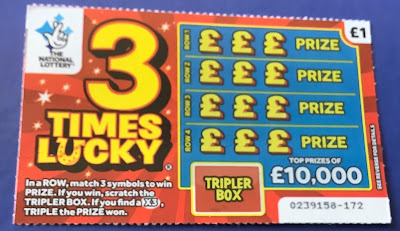 It started off well.

I had two gold bars to begin line one. Then it all went to hell as I had a ring on the third panel to end any hopes of winning for that line.

The remaining rows ended on the second panel in each of them.

I began with a stack of coins in line 2, but then had a timer. The third row started with a necklace before I uncovered a purse while the final row had a coin that was halted by a rainbow.