on November 27, 2019
Today's Christmas-themed card was a £1 Santa Paws from Rieves Lotteries.

It has a top prize of £150,000 and the aim of the game is to match three consecutive symbols on a line. There's also a bonus game in which the player has to find a star. 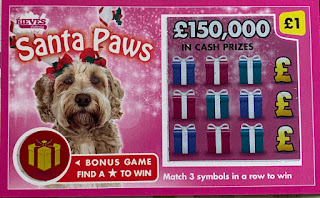 I played the bonus game first - there was an angel symbol instead of a star.

After that, I played the main game. Here's how that went: 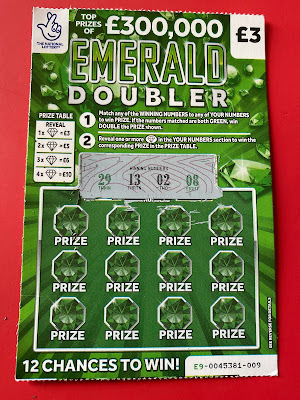 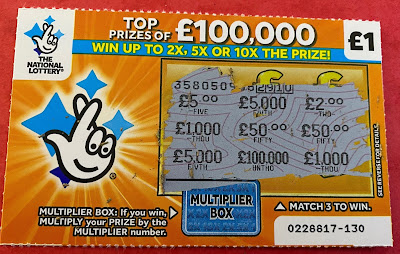 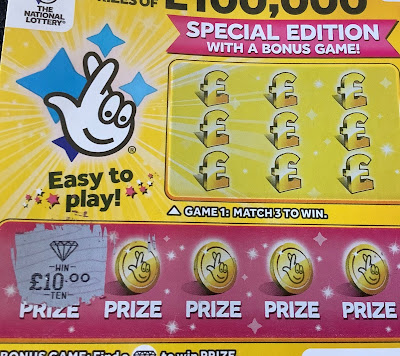 Today's card was a £1 Yellow and it started off in a very good way. I didn't find any other winning diamonds or match three of a kind on the main game. This win brings me up to -£59 for the year.