The aim of the game is just like regular scratchies - find three of the same kind to win that amount. There's also a bonus game in which the player has to uncover a symbol of a star. 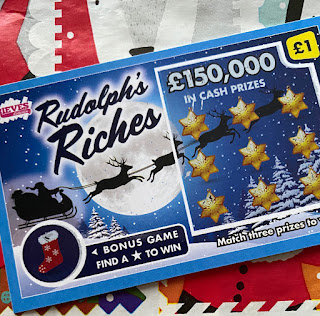 Here's how the main game went:


After not finding three of a kind on that game, I went on to try and find the star symbol on the bonus portion of the card. This was also a losing effort as I had a bell instead.

I am now at -£137 after eleven months of play. Onto December!
£1 Rudolph's Riches Rieves Lotteries Scratching