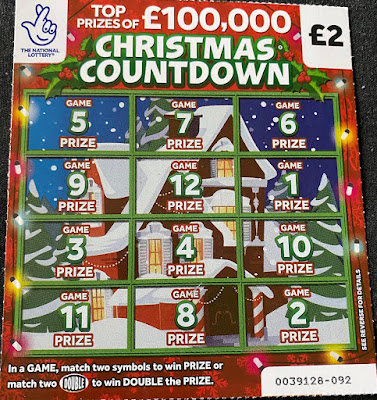 They're just like Christmas Countdowns that have been released before. The player has twelve windows to scratch off. Each window is a game in which the player has to uncover a pair of identical symbols. If there are matches, the prize underneath the two pictures is won.

Should the player find two 'Double' symbols, their prize is doubled.

The card I played didn't win. You can see the results below: 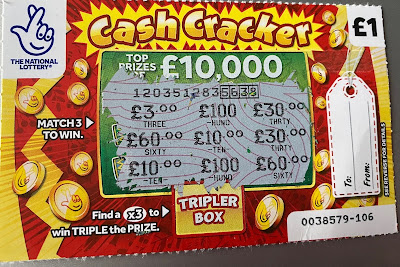